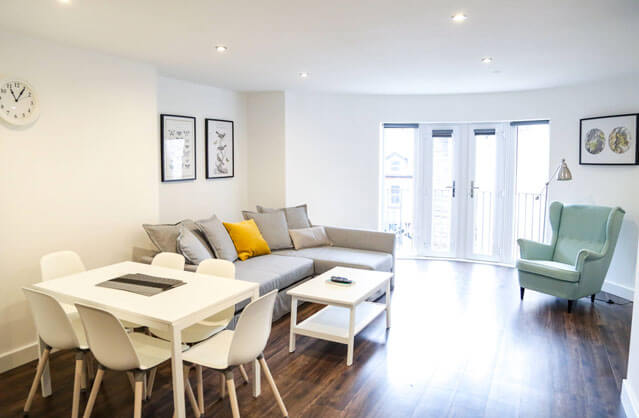 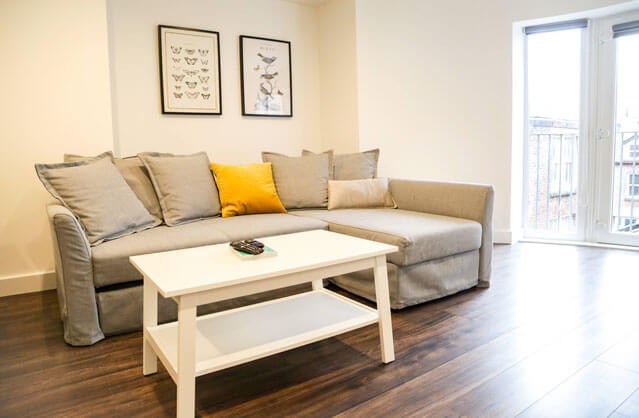 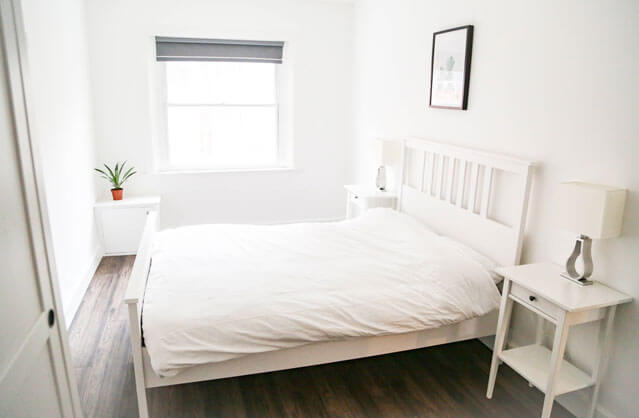 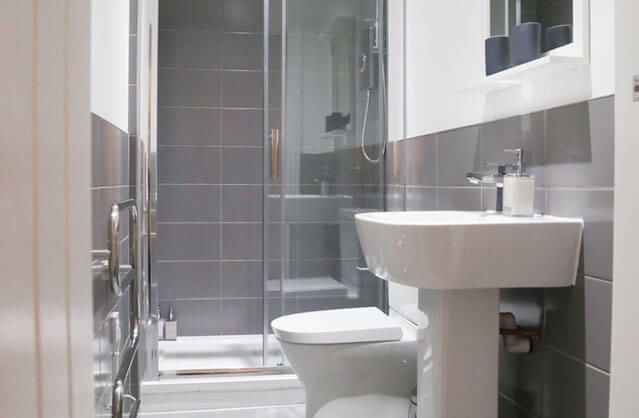 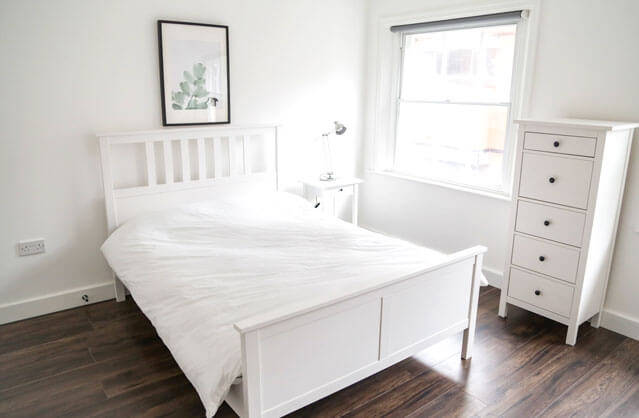 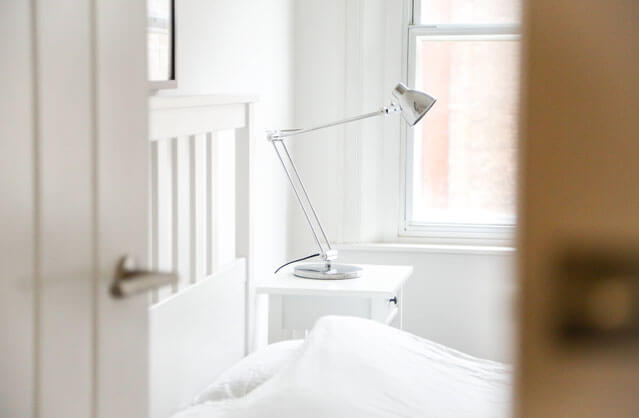 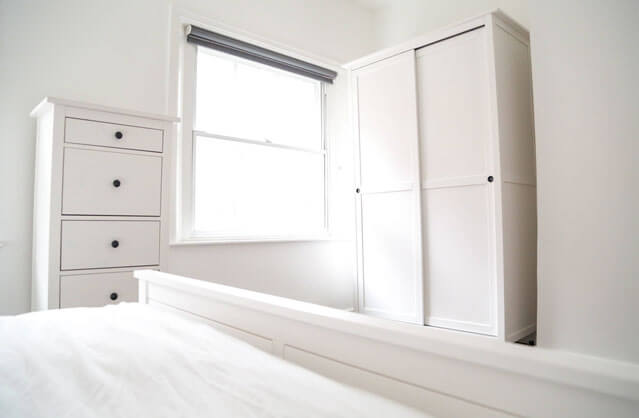 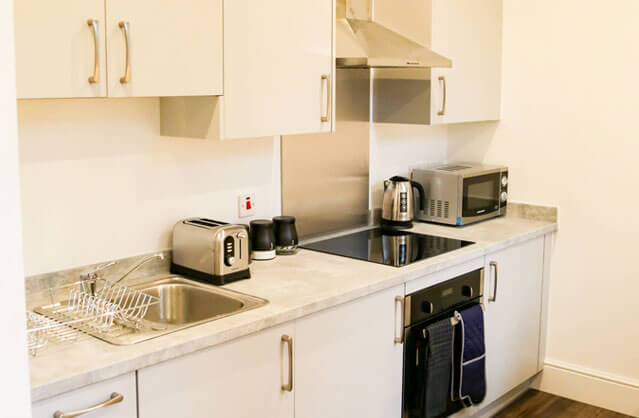 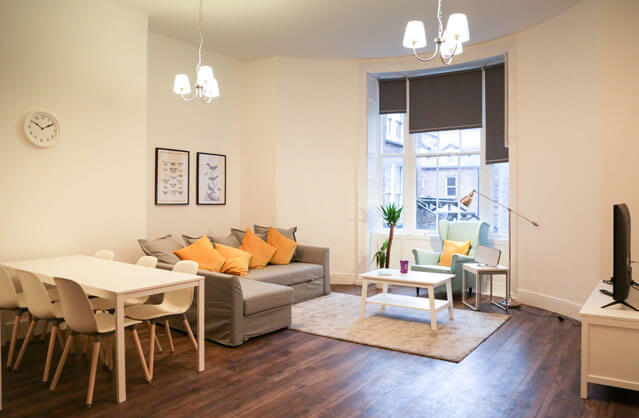 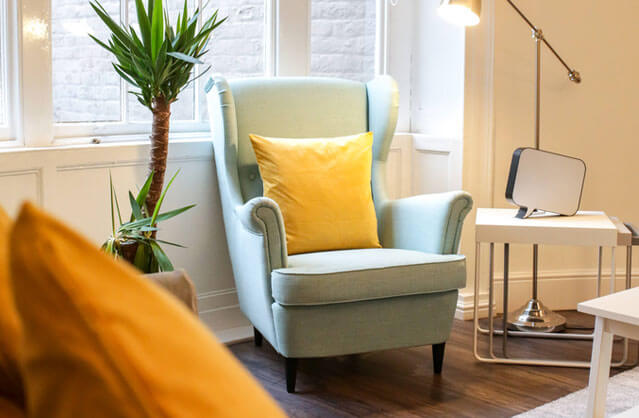 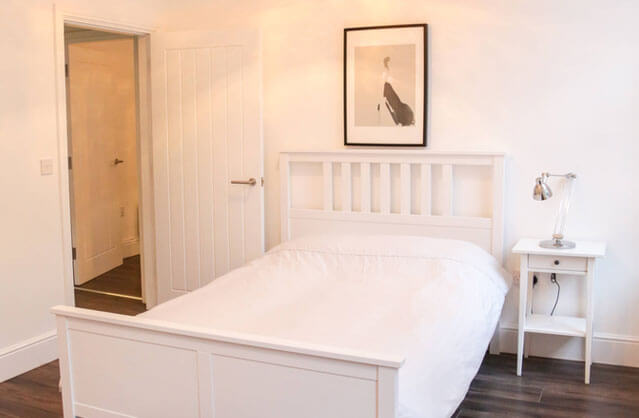 Self-catering is booking up extremely quick for 2021.
Avoid the rush by enquiring early to ensure you secure your preferred dates.

Modern, spacious and pretty damn cool, these sublime central apartments are the perfect place to crank the celebrations into gear when you're in the UK party capital on the groom's big weekend away. Yes, not only will you have a great place to chill out and relax in those rare moments of downtime, but you'll also be just a hop, skip and a pint away from the best bars and clubs in the city.

Divided into four apartments, sleeping six in each, they can sleep twenty-four with ease when combined or we can split them up if you're a smaller group. Each one features a combination of double and sofa beds, a contemporary bathroom, an open plan living/dining area as well as a fully equipped kitchen where the Gordon Ramsay of the group can rustle up a hangover-busting breakfast. However, this is a stag weekend, so why not head out and try one of the many sublime restaurants/cafes on your doorstep instead and save on the washing up?!

Yes, fellas, this is the groom's final weekend as a single gentleman, so this isn't the time to cut corners. Forget about booking apartments miles out of town just because they're a little cheaper or some bang average apartments in the centre of the city, set yourselves up in true stag style and take the hassle out of your weekend by staying in the awesome Boutique Pads.

Be sure to up the ante by including some awesome stag challenges, too, with loads to suit all groups including Go Karting, Hovercraft Racing and the hilarious Gladiator Games.

Don't hang about! These outstanding apartments tick all the boxes for a big weekend in Liverpool and will be in high demand. Book now to avoid missing out.

Deposit - This property can be booked with a £40 deposit.
Balance - Final balance is required 6 weeks before the event.