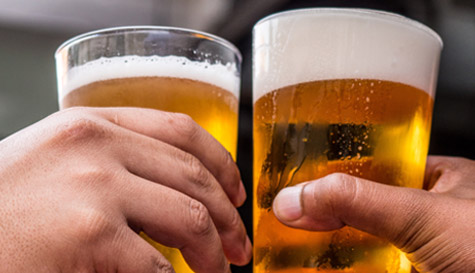 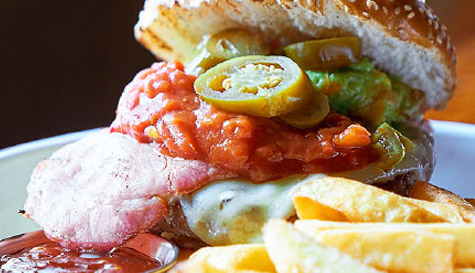 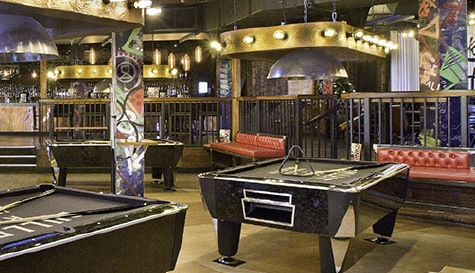 A stag weekend can't even be considered the real deal without a few basic ingredients: sport, beer, food. Until you've served those up along with plenty of accompanying banter on the side then you might as well be hosting a chess club. This mouth-watering stag treat serves up all three in man-sized portions.

The action takes place in a 1950's themed diner, inspired by a legendary pool player, gambler, drinker and all-round party legend Fast Eddie who set a world-record after sinking 22 balls in a single shot and was immortalised by Paul Newman in classic movie The Colour of Money (a must see for any movie fan).

When you arrive, your table will be booked, ready and waiting for you. Sit down and the first round of beers will appear as if by magic, you can then order further rounds of beer (any extras will have to be paid for separately). You can then each order a burger, cooked the American way. This is the kind of food that Elvis Presley would approve of. Hot, heavy and there's plenty of it to satisfy those stag appetites.

All served with fries.

As well as the fine food you can hire a table for some stag sporting fun. Get a mini-tournament going or a game of Killer. While you're not playing (especially for those that get knocked out early), there are plenty of big screens that show all the latest sports news and updates.

Epic burgers, cold beers, pool tables, big screen sports… It's the man cave we all secretly crave, brought to life for your enjoyment. Have at it!

Please Note: We work with 1000s of suppliers across the UK & Europe so prices, availability, photos and specifics on our burgers and beers activity may vary depending on your preferred location and dates.