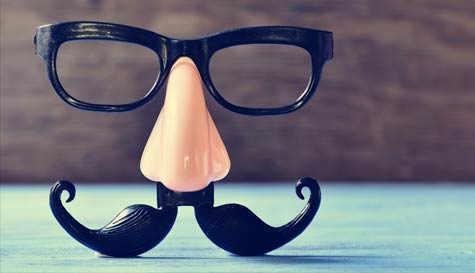 Our stag party comedy club entry is the ultimate kick-off for any stag weekend. A perfect way to get the boys fired up and ready (if they weren't already) for that big first night out on the town and a guaranteed way to have some huge laughs, especially if the performer singles out any stags in your group (whatever you do, DO NOT heckle the comics, they are masters in the art of putdowns, it's a verbal battle you simply cannot win and will only result in more people laughing at your expense).

We know that, like nightclubs, comedy clubs are obviously wary of groups of lads ready to have a good time, but with StagWeb you don't have to worry. We'll get you into the biggest and best comedy clubs in the UK with pre-paid guest list entry allowing you boys to head straight in: no queues, no fees, no fuss. You can then sit back, grab a beer or two and enjoy the best comedy this country has to offer.

All the UK's top comedy stars such as Kevin Bishop, Jimmy Carr, Lee Mack, Lee Evans, Sean Lock all learned their trade on the comedy circuit and many still drop by unannounced to try new material for upcoming tours. As well as regular comedy panel favourites, you might see the next new wave of comedy talent cutting their teeth. This is a great chance for an "I saw him back when..." before they were famous story as well as a night of top laughs.

"Another great way to start the night off."

"The comedians were very funny, set up of the venue was good and as it then turns into a club it was a perfect venue which meant we didn't have to go searching other places for the remainder of the evening."

"The 3 acts were all great, everyone really enjoyed it."

"The comedy was hilarious and the show didn't drag on. Highly recommended!"

"Great night with great acts. Would definitely do it again!"

"Great comedy, and a perfect way to start the weekend to put everyone in good mood. A chance to break the ice for the lads that didn't know each other."

"Very funny lineup and was in the night club we were visiting that evening so it was very convenient for large groups."

"Wooooow, never laughed so hard. All the staff from doorman to bartender were very friendly."

"Was great, we got to go front row and get a bit banterous with the comedians, which the stag loved."

"I cannot speak highly enough of this club. It was well laid out, the drinks were reasonably priced and not only were the comedy acts of incredibly high talent the host for the night was the one and only Ross Noble!"

"Brilliant, best part of the weekend by far. Everybody loved it, food was decent, comedy was top notch."

We work with 1000s of suppliers across the UK & Europe so prices, availability, photos and specifics on our comedy club activity may vary depending on your preferred location and dates.