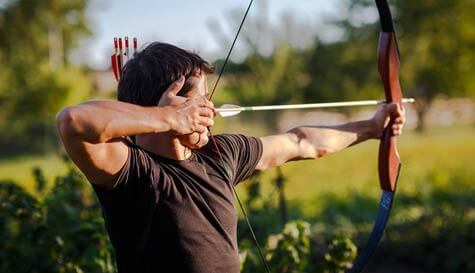 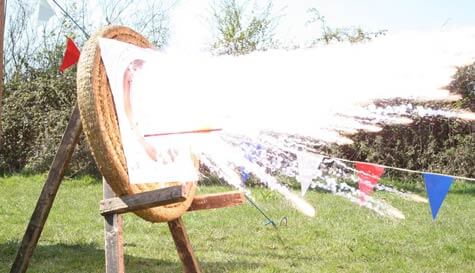 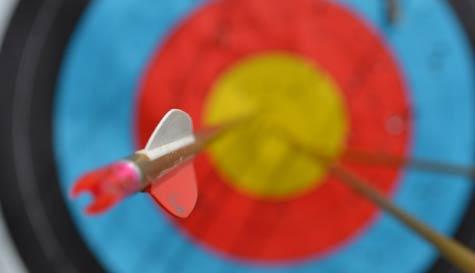 Archery has played a vital part in our nation's history - at one time, men were even required by law to attend regular archery practice.

Things have moved on since then, and in order to ensure we help turn stags into merry men, we've added exploding targets to our Bournemouth archery activity.

Using a variety of bows, including traditional longbows (as used at the Battle of Agincourt), you'll receive expert instruction before going head to head with your fellow stags to see who will be crowned the group's own Robin Hood.

But to keep things interesting, as well as any wagers you might have running between you, we've upped the ante by adding explosive targets. Score a direct bullseye and... BOOM! And with up to four stags shooting at any one time, things will soon really heat up.

This really is a great sporting contest that will put all the guys on a level playing field to see who will be number one.

Add a second challenge to your day. The following activities are all available at the same site, so you can double down on the stag carnage.

Or take it to the max with our Ultimate Stag Challenge. Read more...

Book It!
Need more inspiration? Search all our stag do activities...
Enquire About archery Now!

Please Note: We work with 1000s of suppliers across the UK & Europe so prices, availability, photos and specifics on our archery activity may vary depending on your preferred location and dates.