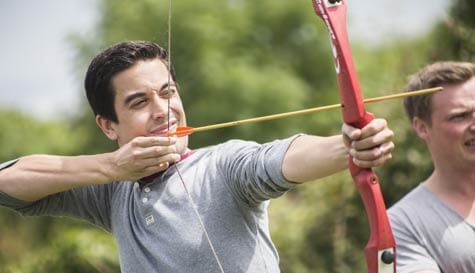 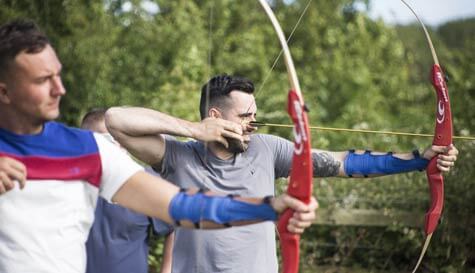 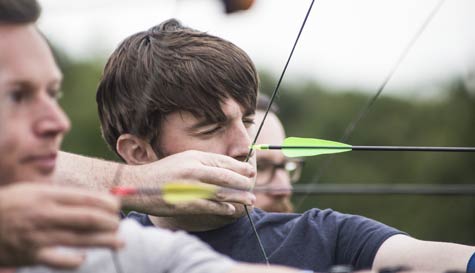 Watch our Archery Video
Don't risk missing out - send us your enquiry today!

A test of nerve, skill, accuracy, hand/eye coordination, poise, balance and the ability to handle potentially lethal weapons... All in the hands of a group of hungover blokes on a Bristol stag do. Yep, game on!

You'll be given safety instructions, then a lesson on aiming and firing the arrows. And while we might jest, please do listen up because these things really do have the lethal potential and at the very least could leave you having to answer some very awkward questions from the bride-to-be about the groom's new piercing.

After a practice session, it will then be time for you merry men to get your game faces on and in a series of rounds you'll see exactly which of you is the best shot.

England has a fine tradition in archery, therefore to uphold this heritage StagWeb expects that every stag will do his duty.

Why not add even more laughs to your day with a second activity? Ask our team for more details:

Book It!
Need more inspiration? Search all our stag do activities...
Enquire About archery Now!
Trustpilot

Please Note: We work with 1000s of suppliers across the UK & Europe so prices, availability, photos and specifics on our archery activity may vary depending on your preferred location and dates.