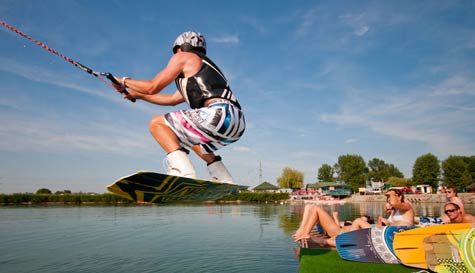 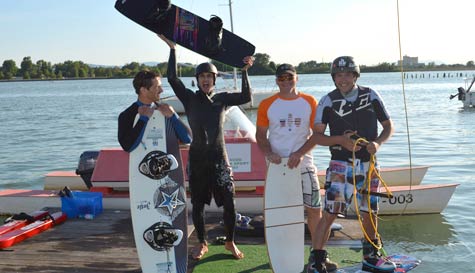 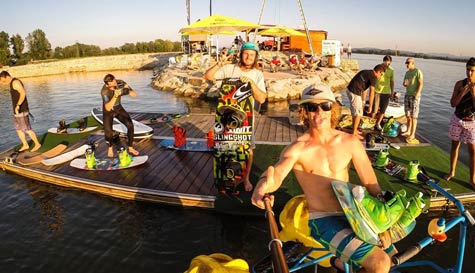 Watch our Wakeboarding Video
Don't risk missing out - send us your enquiry today!

Some stag parties don't book absolutely killer stag weekend challenges or activities. In the stag do industry we call those kind of stag groups "hen parties".

Real stags, on the other hand, are kicking danger in the crotch and man-hugging life into submission by packing in as many crazy activities as possible. And if you're heading to Slovenia then you should definitely put Ljubljana stag party wakeboarding at the top of your hit list.

Wakeboarding takes all the best elements of snowboarding, water skiing and surfing and puts it in the hands of a group of slightly hungover stags. Yeah, this is exactly the kind of madness stag parties were invented for. Wakeboarding uses a single wide board (like snowboarding) and traditionally involves riding over and leaping off the wake of a boat. Which only experienced boarders can pull off. The clever pulley system means the water you'll be riding is a bit calmer, giving you far more chance of getting and staying upright. Although we can pretty much guarantee there will still be plenty of wipeouts and faceplants for you to capture and instantly upload to YouTube.

This really does tick so many stag weekend boxes; it's energetic, often hilarious and something most of the guys are unlikely to have tried before. It also has the added risk of seeing someone make a complete arse of himself. And with a bit of luck, it'll be the groom ("It's what he would've wanted").

Book It!
Need more inspiration? Search all our stag do activities...
Enquire About wakeboarding Now!

Please Note: We work with 1000s of suppliers across the UK & Europe so prices, availability, photos and specifics on our wakeboarding activity may vary depending on your preferred location and dates.