Switch it up with a Bulgarian send-off which will be big-hitting, adrenaline-pumping, beer-flowing action from beginning to end. With crazy activities, insane sights and massive parties, you'll give the groom a celebration he'll never forget with a Sofia stag weekend. Be sure to avoid all the stressful planning hassle by enlisting the help of StagWeb today!

FREE cancellation on European weekends* Get a Quote >

Booking through StagWeb was the best decision I made. Saved so much money and time.

A Guide To Your Sofia Stag Weekend 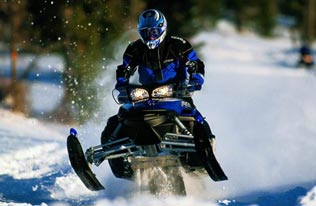 The Balkans are basically the Wild West of the East, so there's no shortage of top drawer activities and mad capped capers to be enjoyed on your Bulgarian stag do. From gun toting action on the shooting range and wet and wild Whitewater Rafting to Brewery Tours and Football Spectating, Sofia will keep the lads pumped for every second of their epic stag party!

Nightlife in Sofia is loud, late and lavish. Naturally, in the city centre, you can find a whole host of bars that can keep a fun-seeking group of stags entertained all night, with a hive of late-night activity happening on Ulitsa Rakovski every evening. Local brews and wines are on the menu around The Crystal Garden where there’s an awesome bar whichever way you turn.

Beer here is ridiculously cheap, but for all the city’s best deals head to Studentski Grad around the university. The architecture, as with most of Sofia, is Soviet-style and brutalist which plummets you straight into the edgy atmosphere of Bulgaria’s capital.

Getting around at night is easiest by taxi when the public transport stops and makes for the perfect way to guarantee you get to experience all the vibrant clubs in the city centre where your night of stag decadence can continue into the early hours. 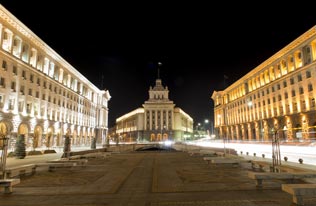 If it's drinks, drinks and more drinks you're seeking on your night out in Sofia you'd be best served by frequenting one or two of the many bars along Vitosha Blvd. With the largest concentration of bars in the city, most of which are open beyond midnight, it's the perfect place to kick start a night out on the town.

Sofia is one of the greenest cities in Europe with plenty of huge, sprawling parks placed throughout the city that are ideal for walking off any lingering stag hangovers. Better still, many of these green parks have open air bars so you can enjoy a cold bevy in the sun.

A Taste of Sofia

Eats - Shkembe chorba, a form of tripe soup, is widely believed to be an epic hangover cure. The Bulgarians swear by it so much that Sofia even has a number of 24/7 places that serve it to hungover partygoers and students.

Drinks - Rakia, a fiery fermented fruit liqueur of about 40%, is incredibly popular in Sofia where it was first made.

Cycling in the city is also a good way to get around thanks to slow traffic and the large number of parks. Bike rental shops are popular and prices are very reasonable.

You don't have to break the bank for an overseas stag party, and Sofia is proof of that. With the average price of a lager at 64p, you'd be hard pushed to find a better place to buy a round than the Bulgarian capital. It's cheap to stay, it's cheap to get there, it's cheap to get around and yet it's a total blast from the first pint to the last!

Sofia is a particular highlight when it comes to winter stag dos as it's only a 15 minute drive from the incredible ski resort at Mount Vitosha, which promises some of the best Snowboarding and Snowmobiling action in Europe. Sofia provides the perfect combination of all day action and epic nightlife.

How expensive is Sofia?

A stag do to suit any budget! You'll be richly rewarded upon choosing Sofia with cheap food and drinks, cheap transport, cheap accommodation and cheep drinks (did we mention that already?).

**Which reminds us... in Bulgaria nodding means ‘no’, a shake of the head means ‘yes’ - a bit of a challenge perhaps, especially when the boys have a shot or three of the local paint-stripper (sorry, Rakiya) in their systems but certainly worth remembering. Or at least trying to...**

Did someone say stripper?

Yes we did! And the Bulgarian capital certainly isn't short on supply, with quality clubs welcoming their guests until the early hours.  But step outside for a look at the bigger picture to see just why the new kid on the block is rocketing up the charts to become one of the hottest stag destinations around.

So there you have it, a Sofia stag weekend; rich in culture, and with a stunning backdrop, friendly locals, storming nightlife and action-adventure on tap.  Stag heaven on earth?

And with StagWeb's expert team and exclusive deals at your disposal, you really are set for a truly monumental weekend, and possibly a fast-track into Best Man history to boot!

But the growing popularity of this stunning capital does mean it pays to book early, so be the man with the plan, Get in touch today and we'll set you up to sample the delights of this Balkan beauty before the rest of the world catches on.

How do we get there?

EasyJet and Wizz Air offer regular affordable flights from across the UK, with London to Sofia taking around a 3 hour flight. Sofia Airport is located roughly 10km from the city centre, with transfers available on request.

And when should we go?

The great news is that a Bulgaria stag do is golden pretty much any time of the year!  Sofia is blessed with a Mediterranean like climate, so spring and autumn are pleasantly mild, and summer sees the mercury hitting anywhere from the cool 20's to a scorching 35 degrees.  All perfect to indulge in the alfresco entertainment and adventure that hold court in this great city.  And then of course with the depths of winter comes the rip-roaring ski season, which brings a whole new range of top flight adventure for the stag taking.  So with great weather, festivals and events dotted throughout the year, from the Film and Jazz festivals to Dance Week, one of the finest winter playgrounds around and a town buzzing with 24 hour party people, Sofia leaves you in no doubt that you're on for a sure fire winner any time of the year.


Great! But where do we need to be?

Follow the yellow brick road (no, really, it's there!) to the city centre and Vitosha Boulevard, where you and the boys are likely to spend the bulk of your Bulgarian evenings traversing between the massive concentration of top pubs, clubs, bars and restaurants.  The city is also the perfect spot to immerse yourself in the eclectic line-up of culture, sport, history and entertainment on offer, with Borisova gradina (Sofia's principal park and home to the Vasil Levski National Stadium), the Alexander Nevsky Cathedral and the National Palace just some of the hotspots within easy reach.  The quality Vitosha ski slopes are a huge draw in the winter months, or for the ultimate in winter adventure, the nearby Borovets resort boasts top ski runs and some pretty fine nightlife to go with it.

What does a Sofia stag weekend offer for the thrill seeking stag?

Believe it or not, Sofia is pretty close by to one of the finest skiing resorts in the whole of Eastern Europe, meaning that you can afford to treat yourself and the lads to a cracking day or two out on the slopes! Borovets is just 73km from Sofia itself and is well known for having some really fantastic ‘apres-ski' going on, which is, let's be honest, almost more important than the sporty stuff itself... there are over 50 restaurants and bars in this ski paradise, so you'll be absolutely spoiled for choice. Ski resorts have a reputation for being a little on the snobby side but Borovets is totally different. With drink prices amongst the lowest in Europe, you'll be able to afford après and pre ski!

Ok, the new kid on the block has it all! So what do we do now?

If a Sofia stag do ticks all the boxes then have a browse of our website and view the kind of programmes and deals available. With proven ready-made packages, bespoke weekends, exclusive group rates and ABTA bonding to our name, we're confident we can offer you the very best of Sofia's delights at the very best prices.

Our quotes are risk free and you're under no obligation, so put us to the test today.