I'm Tom, StagWeb's Oxford Destination Specialist. Have a browse around or send me a quick enquiry now, or even call me on 01225 474213.

Build your Oxford stag do

Special Offers
from £75
Packages from £75

Give the groom a stag do re-education!

Show your genius and let StagWeb do the hard work for you. The best Oxford stag weekend deals, funkiest
hotels, craziest nightlife and messiest stag activities. Make your groom feel top of the class!

Plan your Oxford stag do

What they said about Oxford...

Had a brilliant time in Oxford with 10 of us on a stag do. The Groupia team had made everything easy for me to deal with and were on hand at all times for any questions. Thoroughly recommend this friendly and helpful service. 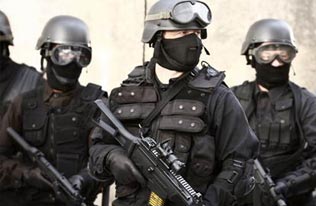 Oxford: home to history, academia and a shed load of adrenaline pumping activities guaranteed to keep the lads grinning from ear to ear over the course of their stag do! Whether it's Top Gear, wheel to wheel action at our Stockcar Racing, Go Karting or Auto Circus sessions or sharpshooting stag pleasers like SWAT Experience, Diamond Snatch or Special Forces Training Day, Oxford's got the lot!

Thirst - Great cocktails at unbelievable prices, Oxford's best in house DJs and a buzzing crowd make Thirst a real contender to the title of best bar in Oxford.

The Duke of Cambridge - Opening its doors in 1981, this Oxford mainstay serves up incredible mixers, cocktails and real beers and ciders.

Big Society - Immensely popular and fiercely independent, this American styled bar comes packing more than a great range of craft beers and ciders and even a foosball table.

August - Foodies Festival
Part of a nationwide food festival, Oxford's branch of Foodies brings local and global cuisine together in a modern take on the traditional country fair.

September - St Giles' Fair
Local and historic, this fair in the heart of the city has rides, street performers, carnival food and lively atmosphere to spare.

November - Cowley Road Carnival
This charity carnival has only been running since the millennium, but it's getting more popular each year, and with street food, dancing and activities it's easy to see why. 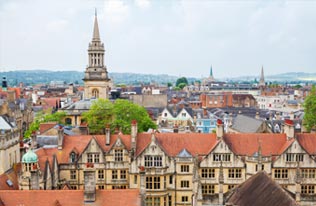 Oxford city centre has got everything you'll need to make your stag night one to remember, no matter how much you have to drink! With great nightclubs, huge crowds and more bars and pubs than you could possibly visit over the entire weekend. This university city knows how to party.

Get medieval on your stag do with a visit to Oxford Castle, a Norman castle that has spent much of its past as a prison. With almost a thousand years of history in its walls and some great views from its top turrets, Oxford Castle is a sure fire stag hit.

"Oxford" means the shallow point in a river (ford) where cows (ox) can cross safely.
England's capital shifted to Oxford during the Civil War of 1642-1646.
Oxford avoided bombing in WWII as Hitler intended it to be his new English capital.
The continent of North America has 27 places called Oxford.

A Taste of Oxford

Eats - Originating in Oxford University's oldest college, New College Pudding was created to stave off the cold with its epic fat and sugar content. Essentially a traditional British suet pudding with currants, bucket loads of butter and a sweet white sauce ... oh and it's fried too so what's not to love?

Drinks - Shotover Brewery are based just outside of the city, but their craft ales are some of the best you can get in any of Oxford's many pubs. With four unique and distinct beers sold in pubs, cafés and shops all over the city, Shotover's brews are worth a stag sampling or three.

On Ya Bike! Getting Around Oxford

While Oxford's centre is compact and easily walked the best way of getting around is on a pushbike. Oxford is one of England's flattest counties and is filled with cycle lanes, Boris Bike inspired rental schemes and bike shops for longer pushbike loans.

Of course if the stag party has some tired legs in its ranks Oxford's buses operate a flat rate in the city; especially useful if you want to save your legs for the inevitable stag night dad dancing.

A guide to your Oxford stag do

Lying slap bang in the middle of the country, an Oxford stag do could be the city of dreams for your stag do weekend. Known as the city with dreaming spires Oxford has everything to offer in terms of adrenaline pumping activities, excellent nightlife, as well as top notch, quality stag do accommodation. Probably best known for its University which is made up of world-famous colleges, Oxford has a huge cosmopolitan culture combining students from across the world.


It boasts a heady mix of gritty bars and modern pubs set against a backdrop of stunning architecture which Adolf Hitler apparently admired so much that he instructed troops to leave the city remain untouched throughout World War II.

The man had big plans to make the city the country's new capital after his successful invasion. Although it's one of our favourite destinations too, there's no need to go quite as far as the Fuhrer in order to enjoy Oxford's stag do brilliance!

Whether you're a bunch of active lads who want an adrenaline fuelled weekend full of twists and turns or a milder group seeking some much needed relaxing, Oxford really will cater for you all - send us your enquiry and let us help!

Dictionary Corner - Words you might need while in Oxford...

As we're sure you're aware, the book of all books is compiled in Oxford. It's been certified as the most updated book of all time - the Oxford English Dictionary! Here are some more unusual words that have made it in this year that we're sure you can slip into your Oxford stag weekend:

Fancy a beer or three on your Oxford stag do son?

A small fact that you may not be aware of is that Oxford has a very long history of brewing. In the 16th century, brewing was the most popular trade in the city and several of the University collages had their very own mini breweries. By 1874 there were 9 breweries in the growing city and a further 13 brewers shipping in beer from elsewhere - these guys were getting serious.  The biggest and oldest brewery belonged to the Morrell Brewing Company spanning 2 centuries from 1782 to 1998. The iconic brewery was designed by local architect Harry Drinkwater (we're not sure he kept to his names sake!) and has a very distinctive yellow brick chimney. Sadly, the brewery is no longer in use and has now been converted into luxury apartments however Drinkwater also designed many other pubs for the Morrells. Why not visit The Cape of Good Hope situated on Iffley Road during your Oxford stag weekend, where none other than Roger Bannister ran the very first 4 minute mile. We've all heard of gasping for a pint but ol' Rog was clearly parched.

Another of Oxford's big industries is that of the motoring world and it was once an important hub of motor manufacturing. Morris Motors established their business there in 1910 where the infamous Morris Minor was first built in 1928. The world famous, mini coopers were also produced in Oxford and still are to this day. These days however, you will find higher octane vehicles to feed your appetite, such as Honda pilots, Off Road Karts and even Stockcar Racing available as part of stag do packages. Get to grips with these powerful machines in a destination that is steeped in motoring history.

How do I get all my stags to this magical land?

We hear you scream. Handily, Oxford is slap bang in middle of the country and is easily accessible by a number of means of transport.

So why should you let us help with your Oxford stag weekend?

At StagWeb we’ve been planning Oxford stag weekends since 2002, our dedicated Oxford specialists have visited the city themselves and scoped out all the best bars, pubs and club to send you and the guys to and trust us when we say they had a legendary time. Whether its action-packed activities or a chance to catch up with the lads while getting to know new ones, we will arrange every detail of your weekend and take all the hassle out of last minute decision making as well as herding the guys around the city. Check out our top, budget friendly Oxford packages and sit back and feel the weight of the mammoth task ahead fly right off your shoulders.