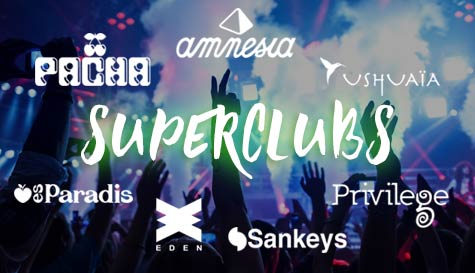 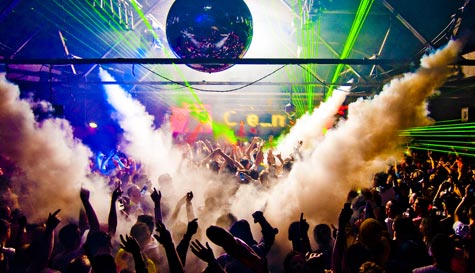 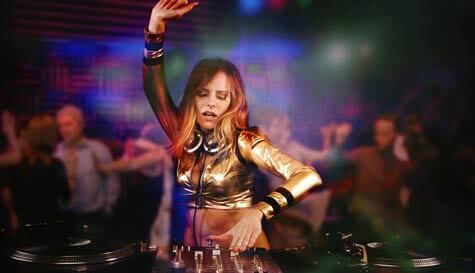 Ibiza is THE place to party. In fact, it's the greatest party island ever and home to some of the biggest and best clubs about, including record-breaking venues that can hold 10,000 dance fans. The island has been at the very centre of dance music since it began and, if you listen carefully, you can still hear the disco roots, but these days everything is bigger, faster and louder!

Eden - In the beginning, was the word and the word was 'Party!'. Eden has been attracting big names ever since: Judge Jules, Disclosure, Lady Gaga, Goldfish, Markus Schulz, Sasha, Nick Warren, Hernan Cattaneo, Dubfire, MK and, of course, Pete Tong.

Es Paradis - If you're not having a good time in Paradis then you need to check your pulse. Dating back to 1975, this is another of the original superclubs and was banging out top tunes when disco was still in small trousers.

Gentlemen, you simply cannot go to Ibiza and not go to a superclub, it would be like going to Egypt and not seeing the pyramids, or going to Anglesey and not visiting Llanfairpwllgwyngyllgogerychyrndrobwllllantysiliogogogoch - just plain bizarre.

This is the groom's big send-off into married life, this is no time to be doing things by half measures (and that includes the drinks!). Add the superclub passes to your weekend and give the main man a colossal farewell he'll never forget.

Don't miss out! Book today and secure your spot at the planet's biggest party.

Please Note: We work with 1000s of suppliers across the UK & Europe so prices, availability, photos and specifics on our superclub entry activity may vary depending on your preferred location and dates.